Hearing and debate in the EMPL and FEMM Committees 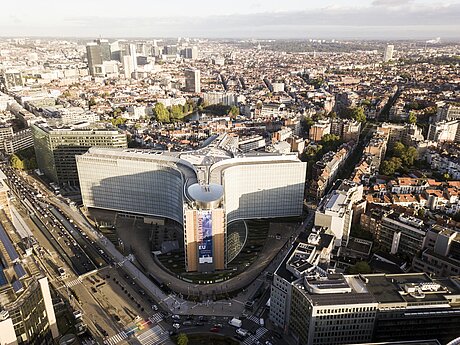 In the last two joint EMPL and FEMM committees of the European Parliament there was a high-level hearing and a lively debate on the main problems and the way care is organized in Europe. The three main problems are poor working conditions, structural gender inequality in the informal and formal care as much as outdated, understaffed and under resourced organisation of care in the member states.

The horizontal approach of the European Commission was illustrated by the fact that three commissioners participated in the hearing. Commissioners Dubravka Šuica of democracy and demography, Niclas Schmit of Employment and Social Affairs and Helena Dalli of Equality took the floor and focused on problems related to their policy domains.

They ordered investigations about various underlying problems from various institutions (HIVA KU Leuven, EUROFOUND, Platform of 10 Spanish universities, Oxford university). There was also a contribution of the European Federation for family employment and home care.

All this resulted in a draft report with a motion for a European parliament resolution, written by the two rapporteurs Sirpa Pietikäinen (EPP) and Milan Brglez (S&D). The debate is now ongoing. The final vote on this proposal will be expected by June 2022.

The need for long term care as home-based care is clear for everyone. The target group with a major number of ageing citizens is only growing. To prevent growing costs in the social security systems it is necessary to deploy the home-based care, which is more than pure medical services. Some studies mention a target group of more than 40 million citizens in Europe.

All numbers indicate that the care providers in the formal as well in the informal care are almost only women. This implies that a lot of women are working part time so that they can combine their work with care. This has a huge impact on their careers, income, and pension.

Research shows that a lot of people do not have access to care, because it is not available in rural areas, or it is too expensive. And another reason is that a lot of care providers move from the Eastern European countries to the Western countries, which create a lack of workforce in their home countries.