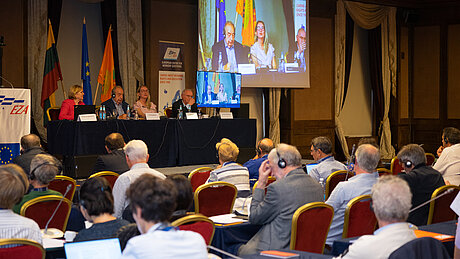 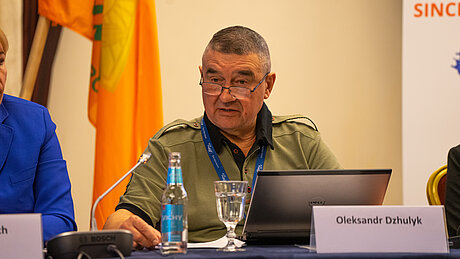 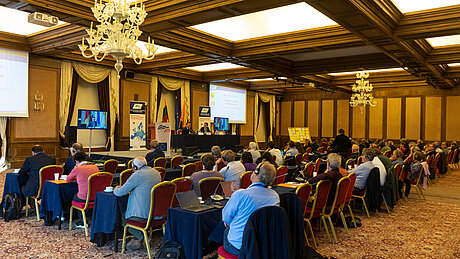 More than 80 representatives of the workers' organisations affiliated to the EZA network discussed in Vilnius the challenges facing social dialogue in view of the multiple crises Europe is currently experiencing. The framework for this was provided by this year's kick-off seminar, which was organised by the Lithuanian trade unions LPS "Solidarumas" and LDF on 29-30 September in cooperation with EZA.

Jörg Tagger, Head of the Social Dialogue Unit in the European Commission's DG Employment, Social Affairs and Inclusion, stressed the importance of involving the social partners in the European integration process and pointed out the need for upward convergence in Europe in light of the differences in the development of social dialogue in the individual Member States. Workers' representatives stressed the need to improve trade union density and collective bargaining coverage, both in view of labour markets that have become more insecure in the face of crises in recent years and in relation to the new forms of employment that have emerged as a result of digitalisation.

Two representatives of the EZA partner trade union Vost "Volya" from Lviv in Ukraine reported on how they try to help internally displaced persons and stand up for workers' interests, which is a great challenge in view of the five million people who have lost their jobs due to the war and companies that restrict labour rights invoking the conflict.

At the end of the seminar, EZA President Luc van den Brande emphasised that there was currently a danger of deregulation and reduction of workers' rights and social rights justified by crises and stressed the importance of a well-functioning social dialogue and strong trade unions for shaping a social and participatory democracy.

In this regard, the Commission's forthcoming initiative to strengthen social dialogue is not only a recognition of the positive role that the social partners can play in these troubled times, but also a call to action. The President stressed the responsibility of workers' organisations at this historic moment. They are called upon to complement the work of the institutions by implementing the principle of horizontal subsidiarity, and in this way fulfilling their responsibilities.