Reaction to the final report. 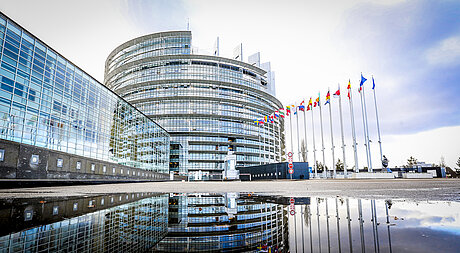 The Conference on the Future of Europe (CoFoE) was based on a participatory concept organised on the broadest possible basis, with a digital platform for citizens and civil organisations to post their proposals and also respond to each other's proposals, together with national panels and European citizen’s panels. All the resulting input was collated and used for further discussion at a large general meeting with very broad-based attendance. On 30 April, the Conference plenary then adopted a joint draft of proposals in the various fields.

The European Parliament already adopted a resolution on these proposals on 4 May. The full document can be accessed here.

We had also implemented a whole process to prepare our contribution to CoFoE. This began last year with a kick-off event, followed by a limited survey of our members. Two working groups were then set up to look into the issues of values, democracy, rule of law and healthcare in the EU and at the workplace. The process was rounded off with an EZA Forum.

The result of the EZA Forum was posted on the digital platform and forwarded to key stakeholders in the CoFoE plenary.

We have compared our proposals with those adopted by the CoFoE plenary. It can be seen that many of the elements were featured and have been taken further.

As an invitation to read our extensive comparison (link), we would like to mention a few points here, such as the need to revisit the treaties, as well as protecting, supporting and further promoting European values which should be put to active use in international relations.

Other points include the necessity of more participative and deliberative democracy and the need to change the decision-making process, as well as the role of the European Parliament, the role of the social media, the subsidiarity principle connected to multilevel governance etc.

The proposals also reflected our suggestions with regard to social justice and a socially corrected economic model, including the need to pay special attention to the younger generation, not to mention the important role of social dialogue and collective bargaining.

Healthcare issues include the need for a European Health Union and the right to timely access to affordable, preventive and curative healthcare, and also to long-term care of good quality. As far as healthcare at the workplace is concerned, further attention needs to be paid to common healthy working conditions.

Climate change is a major challenge that needs the involvement of trade unions (social partners) with a fair transition that leaves no-one. We are also of the joint opinion that the EU should adopt mandatory due diligence legislation to ensure compliance with environmental aspects as well as human rights along the entire supply chain.