After three years of negotiations long-distance drivers from eastern Europe will especially benefit. 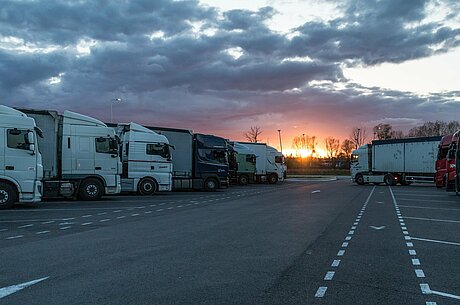 Following three years of negotiations, MEPs have given a green light to the Mobility Package that covers working conditions for truck drivers – rejecting all the amendments pushed by Central and Eastern European member states.

From 2022 onwards, Eastern European truck drivers will no longer be fobbed off with much lower wages than their colleagues from Western Europe. They will soon also be condemned to their cabs less often.

New EU rules on road transport aim to put an end to unfair competition in the sector while providing better working conditions for drivers, especially those from Eastern European Member States.

Romanian and Polish drivers, for example, still cost far less than their Western European colleagues. As a result, they find themselves being used as much as possible in Western Europe, often by 'ghost companies' that frequently operate with little more than a letterbox box and pay lower wages.

Uniform regulations for the whole of Europe

That will change from the beginning of 2022. By then, all drivers will have the right to the same remuneration as their local colleagues. The overall costs for employing Eastern European workers will remain slightly lower, for example due to the fact that invalidity insurance premiums will still be less.

The EU is also aiming for better enforcement of the rules. For example, truck drivers must be allowed a four-day rest period after three assignments abroad, regardless of whether they are Dutch or Slovak. Truck drivers must return to their home base every eight weeks to prevent them from actually working in the west all the time. Smart digital tachographs must help monitor these rules. Larger vans must also be equipped with them.

As of this summer, every driver will have the right to spend some time at home every three or four weeks. It is also no longer an option for drivers to spend a whole weekend camping out in the cab. Instead, the employer will have to arrange for accommodation in such cases.

The trade unions welcome the new rules, as do the Christian Democrats, the Liberals and the Socialists in the European Parliament. They point out that the new rules are not only good for drivers, but also make Europe's roads safer. Truck drivers should soon be more rested behind the wheel. The Greens raise the objection that equal pay for equal work is still not guaranteed. On the other hand, the Conservatives fear that the rules will jeopardise the internal market. They also expect extra traffic congestion and damage to the climate and the environment.

The European Commission is also concerned about the latter. The extra truck mileage may be bad news for its plans to make the EU climate-neutral by 2050. The implications of the rules for the climate targets and the internal market will be investigated by the Commission.

The new rules for road transport have been under negotiation for years. The new driving and rest times will come into effect after the summer. The sector will be given more time to implement the other rules.