EZA's contribution to the Conference on the Future of Europe. 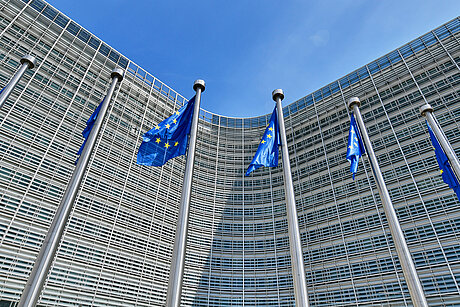 Participants came together in four EZA-workshops to debate the future of the EU. The result is 31 demands that will be submitted as a contribution to the Conference on the Future of Europe.

The European Centre for Workers’ Questions (EZA) welcomes the Conference on the Future of Europe as a process for enabling a debate throughout Europe on the future shape of the EU, also giving citizens an opportunity to participate. The EU is facing tremendous challenges regarding foreign policy, migration, global trade, climate change, energy transition, transformation of its economy towards sustainability and climate neutrality, the pandemic, social cohesion respectively social divide and its capacity for joint action.

We strongly believe that the EU must use the kairos to live up to the original goals of its founding generation and to have the courage to proceed with comprehensive reforms and action for the next generation.

We expect the joint presidency of the CoFoE and all competent EU and national bodies not to waste this opportunity and not to disappoint EU citizens taking part in the process of the CoFoE. The EU needs to make use of all existing provisions of the EU Treaties and to ensure that there is fully transparent follow-up of the input given to the CoFoE. Amendments to the Treaties must not be a taboo. It is of paramount importance for the EU’s credibility that the CoFoE is followed up immediately with concrete and committed proposals for change.

As a network of workers’ organisations, we appreciate the structural involvement of the social partners in the process of the CoFoE.

The EZA wishes to contribute with the following reflections and proposals arising from a series of debates and a final forum organised by EZA for its members on the CoFoE. Attention focused on EU values/democracy/rule of law – the European economic model/social affairs/health – climate change as the topics given the highest priority among EZA members.