A year for education, training and equality in the workplace. 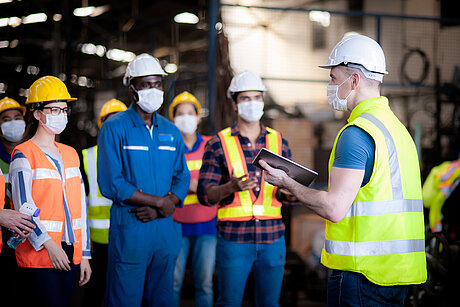 In her last State of the Union address, European Commission president Ursula von der Leyen identified a “workforce with the right skills” as a crucial factor for the competitiveness of our social market economy. The Commission thus adopted on 12 October a proposal for a decision of the European parliament and of the Council on that effect. Skills mean more and better jobs because a skilled workforce is a key driver of growth, enhancing the innovation power and competitiveness of all European companies, small and medium-sized enterprises (SMEs).

EZA members have been advocating for a long time that, in the context of the ongoing digitization of the economy and the transition to a sustainable economy, policymakers should prioritize reskilling and upskilling and promote the education to form a skilled workforce necessary for this transition.

The European Pillar of Social Rights Action Plan already stipulated the need of at least 60% of adults participating in training every year and an employment rate of at least 78% by 2030, which requires significant effort to activate more women and young people for the labour market. Lifelong learning must be boosted.

Research shows that there is also low representation of women in tech-related professions and studies, with only 1 in 6 IT specialists and 1 in 3 STEM graduates being women.

With this dedicated year, the European Commission wants to increase promotion for lifelong learning, more investment in training and upskilling, ensuring that skills are relevant for labour market needs, matching people’s aspirations and skill sets especially for the green and digital transition, focus on women and young people (especially NEET youth), attracting people from third countries with the needed skills.

The EU wants to highlight the already existing relevant EU initiatives and using EU funding possibilities. Therefore, the EU wants to support events and awareness-raising campaigns organised across the EU to support mutual learning of partners in up- and reskilling.

An important aim is the developing of skills intelligence tools and promote tools and instruments for increased transparency and easier recognition of qualifications, including qualifications awarded outside the EU.

To ensure the coordination of relevant activities at national level, the Commission calls on Member States to appoint a national coordinator for the European Year of Skills.

The European Economic and Social Committee and the Committee of the Regions are asked to give advice on this proposal, which will then be formally adopted by the European Parliament and the Council.

EZA members will follow closely the discussions on this crucial topic in the coming period, not only to comment it and inspire the MEPs and national governments, but also to be part of its implementation.