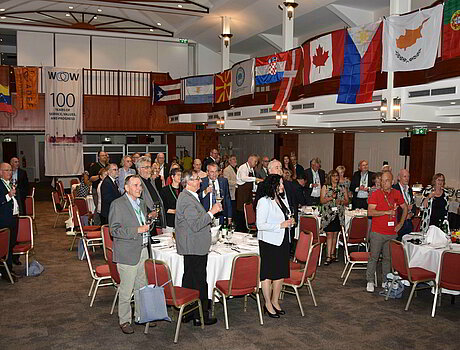 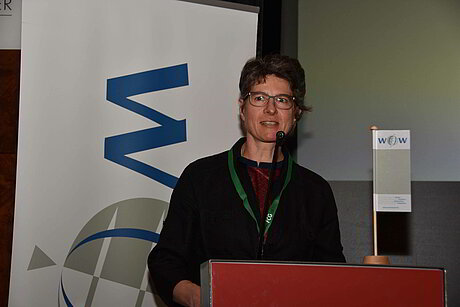 In June 2022, the EZA member centre "World Organization of Workers (WOW)" celebrated its 100th anniversary in Vienna. The celebrations were originally planned for 2021, but had to be postponed due to the pandemic.

Sigrid Schraml, Secretary-General of EZA, expressed her gratitude for the close and intensive cooperation between WOW and EZA: "WOW has been a member of EZA since 2010 and has been an active partner since the beginning. WOW lives the subsidiarity principle. We also appreciate this very much at EZA. After all, WOW is an organisation that stands up for values in a world that is becoming increasingly modern and secular. We say thank you for your work and look forward to the coming years of cooperation."

WOW was founded in 1921 as the International Federation of Christian Workers' Unions. After several name changes, it was renamed the World Organization of Workers in 2006. WOW is an international federation of trade unions that advocates workers' rights in accordance with Christian social teaching. Like EZA, WOW advocates the principle of social dialogue.

Currently, more than 130 trade unions from 60 countries are affiliated to the organisation. The President of WOW is the Canadian Wayne Prins, who was re-elected for a second term at the assembly in Vienna.